Vietnam - the country can potentially benefit from US-China Trade War?

Which country can benefit from the trade war?

We are very dependent on trade of these two countries and it’s going to be disruptive to our economy.

But one country that can benefit is Vietnam. 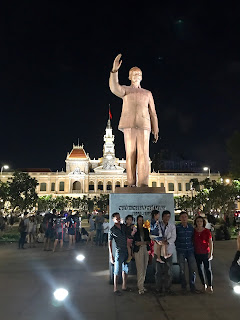 Vietnam is a country that is very similar to China few decades ago. It is a communist country gradually being more and more open. They are very friendly to foreign investors. People are getting more and more educated. Labour force is still extremely competitive in the manufacturing sector, with GDP per capita in Vietnam is fairly low at 2.6KUSD p.a., from 100 million population. Vietnam’s economy grew consistently 6-7% yearly in the last decade or so. Nominal GDP of Vietnam reached ~250 BUSD end 2018. Vietnam's Foreign Direct Investment (FDI) is between 3-4 BUSD and not exceed 5 BUSD in the last decade. There is definitely enough rooms to grow in terms of GDP and FDI.

My experience in Vietnam

Clever people
My first business trip to Vietnam is in 2007. I was already impressed by the people there. They are very clever, but of course wide-spread corruptions are making business extremely complicated. It took me close to 3-4 years of lobbying in the country before securing my first contract there.

Complexity of business
Most big companies are state-owned, like China. Smaller companies are often set-up to be the trading / importing arm of the bigger state-owned companies. Therefore, many business contracts are dealt with the middle-man companies, while technical discussions can be done jointly with the state-owned end-user and trading companies. It is all about relationships and who you know in Vietnam. Being a foreigner, it is unlikely to know first time, who has a better relationship with the end-user and, or who is telling the truth.

Progress, just like China
Despite being country where business dealings are not the simplest, it has progressed a lot in the last decade. Each time I went to Vietnam over a few years, I see improvements. Economy continue to grow. More and more buildings. Infrastructure has improved. I remember in 2008 from HCM to Vungtau, the roads are so bumpy. But nowadays the roads from HCM are great. Reminding me very much of China when I use to travel from Shanghai to the outskirt provinces. The capital of Vietnam is in HCM with state government in Hanoi, likened Shanghai and Bejing respectively.

Debts’ headroom
Most Vietnamese still purchase property without leveraging on bank’s borrowings. Typically, in the City, a 100sqm apartment can cost approx. 150-250KUSD. I remember asking friends there how much down-payments and how much bank loans? They were confused because they paid 100% of the property with cash. One reason is the mind-set of debt-free for the older generation, and the other is the high mortgage rate >5%. Gross savings rate was measure at ~25.5% in Dec 2017.

Education and open mind-set
Vietnamese are getting more and more educated and in general those in the 40s are driving the business environment with very open mind and well-mix of knowledge outside and inside the country. Lots of emphasis is placed on their children’s education with majority of the younger generations being proficient in English. 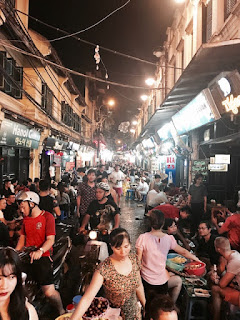 Foreign investors already considered Vietnam’s factory districts as alternative to China. But Vietnamese government need to balance between FDI and the effect of trade with China worsening.

Vietnam is definitely like a mini-China of the past. I think if Singaporeans are smart enough, they can benefit from Vietnam’s growth going forward. For those who does not know, flight from Singapore to HCM is 2h and flight from Hanoi to HCM is also 2h. This makes Singapore strategically placed in terms of distance also.

I told one of my very good Vietnamese friends who is a business man in Vietnam, that the next time I am there, I will definitely extend my trip to discuss potential investments together. My friend is welcoming. I am definitely positive about the future of Vietnam.