S$3,800 to S$4,000 Starting Salary for Fresh ICT Engineering Graduates in Public Service - What do you think?

This week in Parliament, DPM Teo announced that the starting salary for engineers joining the Public Service upon graduation will start from S$3,800 a month, and those in information and communications technology (ICT) from S$4,000, an average increase of 20 per cent. Existing remuneration of public service engineers will also be reviewed and raised if necessary. Reasons cited were high demand and low supply for ICT skills. The new engineers are required in public service (E.g. PUB, HDB etc) mainly to support infrastructure and development needs including transport and water systems, and the rest to support Smart Nation efforts. Foreigners hiring is also not discounted if there are insufficient Singaporeans to meet the demand. Refer here for more news. 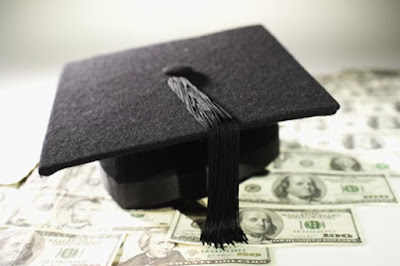 With this raise in salary, fresh ICT engineering graduates heading to public sectors will be immediately among the median salary S$40-50k p.a. range in Singapore. Refer to here for “How Much Do People Earn”. If including bonuses, it will surpass the median income bracket. That is extremely good salary, when their work experience is virtually inexistence.

Are they forgotten, after already contributed to the economy and in one way another attracting the foreign investments?

Frankly, I wasn’t even sure that fresh graduates should be labeled as an engineer without any working experience to speak of.

So is increasing the benchmark pay (in public sector only!) the sole effective way to attract engineering talents, or should we also consider how as a society we should appreciate and giving credit to the work an engineer has done?

I had seen and heard enough of many private companies losing local bred Singapore talents to the public sector over the years. Yes, this trend is also happening large MNCs in private sector, let alone local operated SMEs who struggles badly to attract talents.

The choice of public over private sector is not just for fresh engineering graduates in relation to the salary package. It also becomes very relevant to PMETs who had worked many years in private sectors being bogged down by extreme extended working hours, or unequal work load-pay ratio.

The skew of Private versus Public sectors

Apparently I am in National Service (NS) this week! For all Singaporeans who had served NS in SAF, it needs no explanation of how “Efficient” the SAF is, as far as manpower optimization is?

During the two weeks stint, I spoke to many campmates.

From Oil and Gas to statutory board
One of them, an engineer recently made a career switched from private to public sector after working for more than a decade in the private O&G sector. The several months in the public service now prompted him in saying things like “no job satisfaction” and a total “waste of time”.

I was told this is in contrast to his previous private sector job in a dynamic environment though hectic but instilling higher levels of ownership and definitely can learn so much more! Unfortunately he does not have any choice due to the current dire state of the O&G sector.  However he assured that once the O&G industry recovered, he will want to be back to the private sector!

From software company to statutory board
Another campmate who is also an engineer background transit from private to public sector, having worked approx. equal number years in each sector also lament on similar things surfacing in public sector such as to lack of job satisfaction, inefficiencies, crazy politics. To sum it up - “stupidity” in the public sector, according to him.

I was told the sector leap, back then was mainly because he wanted to have more regular hours in work after starting a family and have kids. Last year, he wanted to go back to the private sector and made several applications but the economic conditions was making it tougher, and hence dropping the idea. While already being sicked and tired about his current job scope, his solution is to divert the attention to his family and kids and to treat his current job as merely a source of income with completely zero drive!

The two examples aforementioned are just some of the many examples that I had heard from people I met/know who had transited from private to public sectors. The feedbacks are pretty much aligned.

The reverse where working class is transiting from public to private sector is comparatively less common. Another interesting finding within my social circle, is that people who have been all along in public sector tend to have lesser complaints about their jobs, but in some cases lesser drives also!

Happier with more work life balance and stability
That said, NOT everyone is complaining. There are many good perks working in the civil service.

One of the most commonly heard reasons for the transition from private to public sector is work life balance for young family having kids. Besides, there is also good work benefits for their family, work hours are shorter and definitely less stressful, so why not? As for salary, if you can compare the amount of work done relative to the income return, public service definitely offers a much better deal!
When my friends and relatives gathered and discussed about topics of economic crisis globally, normally NONE of my friends who are from the public sectors (except those who invest in stocks) seem to be concerned or showing much interest.

The simple fact is almost all agree that it is “iron rice bowl” in government sector. Within my circle, I know many friends in the private sector are worried about economic downturn. In retrospect, I know friends in the public sector discussing about cars and property to upgrade!

It is definitely nothing wrong, but it certainly exemplifies the disparity between the two sectors.

Answering to question of choosing private or public sectors, I really think it depends on individual needs. Both sectors have their equal pros and cons.

To sum it up and responding to the topic of raising the starting pay of fresh engineering ICT graduates by 20% in public sector, frankly I am not a supporter of it.

In my humble opinion, while we need to attract potential talents in public engineering ICT sector, it is definitely NOT doing any good from the point of HUMILITY for fresh graduates. Perhaps many of the fresh graduates (even those not in engineering) will be thinking,

Well, I can understand the pain of engineers (since I started as one) compared to their peers in the financial industry, but still………..

Expectations of newcomers into the society will be adversely higher and their confidence levels will be artificially inflated due to the higher salary rather than in relation to their work ability.

Finally, my biggest worry will be for those fresh into the working society to think as follows:

“Public sector = “Elite” Singaporeans with higher starting salaries and benefits, plus work life balance and stability even during recession.

Private sector = “Slogged” Singaporeans possibly doing more for less, and eventually even losing many potential positions to foreign talents, or getting retrenched during recession.”

Which sectors will you choose if you are a fresh graduate who has no idea about the private sector world? Then how is it possible for foreign companies or SMEs in Singapore to attract local-bred talents?

Last but not least, it is common and inevitable that in a statutory board, where the organization is usually bigger to have more inefficiencies. Nonetheless, I consider Singapore public sectors already extremely organised with superb systems and processes. That is if I compare to horror stories heard during my travel about the inefficiencies in other countries' public sector. And worst – corruption!

Email ThisBlogThis!Share to TwitterShare to FacebookShare to Pinterest
Labels: Career