This post is in response to SMK comment in my previous article querying if Tanker market is overheating. Thank you SMK.

Indeed, the number of tankers has been increasing since oil price had headed in the opposite direction. The oil glut has led to on-land oil inventories rising to record levels. More and more ships are required not just to transport but also store oil. The rates are not fantastically high, but still one of the highest since year 2009. From the ground in which I met people in events, and also heard from friends, this fact has been ascertain. 2016 is expected to be a fantastic year for tanker industry, but is this sustainable?

Likewise, because of the oil price plunge resulting in lower Capital Expenditure (CAPEX) from oil companies in exploring green oilfields, many are betting that the money will be spent instead on existing fields especially in the area of maintenance. This is where the more optimal Liftboat will come into play. And according to statistics, the penetration rate of liftboats in Asia pacific is still relatively low compare to US, GoM and West Africa. Therefore since the stop of newbuilding projects for rigs, various types of offshore vessels etc, there has been a rise of new players building liftboats. For more about liftboats read:

Prior to oil price plunged

Ezion is one of the largest liftboat owners around in this region. Beside Ezion, there have been new players entering this market since few years ago. Triyards is also one of the largest builders of liftboats with units for US-based and South-East Asia-based operators. Swissco is one who is building liftboat in Triyards. Baker Tech also announced in late 2014 the construction of its first liftboat using in-housed design. China Tianjin-based De-sail also had several liftboats design in-house built in 2014. Malaysia-based Vahana Offshore also awarded the constructing of two liftboats to UAE-based Eversendai's yard in UAE, due for delivery in 2016. Another Singapore listed company Atlantic Navigation ordered in May 2014 a newbuild liftboat with a Chinese shipyard for US$46 mil.

LNG  has definitely performed better compared to crude. But LNG has a lag behind crude. It is a matter of time where supply will be abundant to drag the prices down as many experts predicted. This is when there will be overheating in the shipbuilding of LNG vessels as well. In Korea, there are also many LNG vessels on order since 2014, followed by Japan and China. As of end Jun 2015, there are 119 units backlog for delivery till 2020.

So question is will tankers, liftboats or LNG carriers’ bubbles burst eventually, following the footsteps of drilling rigs and offshore support vessels? 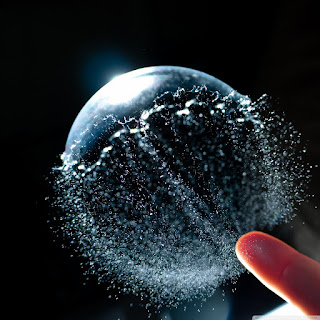