Bridge of Spies - Worry? Would it help? Standing Man!

I always wanted to watch the Movie “Bridge of Spies”. After all it is Steven Spielberg and Tom Hanks – two of the greatest directors and actors of all time!

While I missed the cinema screening, I managed to catch the movie on the plane during one of my traveling trips this month.

Given the 59 year old Tom Hanks acting skills, it does not matter if the movie plot is slow-paced or even “boring”. It is how Hanks mesmerizes and bring my emotions straight into his movie.

This time it was no different. “Bridge of Spies”, a 140-minute long movie based on true story set in the cold war period of 1960. Hanks cast as a lawyer trying to negotiate for the release of two Americans in exchange for a Russian spy.

A movie with lots of talking and self-reflections, yet relatively little action!  Maybe my wife may have fallen asleep from the boredom? But not me, who enjoys History and was even touched to tears on few occasions.

I will not go through the details of movie here. While I was enchanted by many scenes, I will like to recall two particular scenes, depicting the conversations between Hanks (Lawyer James Donovan) and Mark Rylance (Russian spy - Colonel Rudolf Abel).

Abel recounts to Donovan about his father’s friend who was beaten repeatedly by border guards.

“Every time they hit him, he stood back up again…They hit him harder…still he got back to his feet.”  Abel says.

Asked Donovan, “And I remind you of him?” 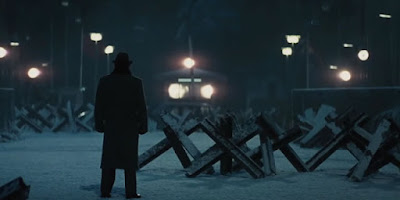 You not worry? Would it help?

Donovan and Abel were at the Bridge for the prisoners’ exchange. Donovan asked Abel what will happen after he is back to Russia.

Abel says “I acted honorary and I think they know that. But sometimes people think wrong. People are people. Let’s see how they greet me. If I am embrace or just shown the back seat?”

Donovan asked “You not worry?”

Abel replied “Would it help?”

Steven Spielberg’s conversation with his father

In fact this movie is a reflection of Steven Spielberg’s memory when his father, Arnold, an engineer with General Electric visited Soviet Union as part of the peace program trip. At that time, the young Spielberg fear and hated the Russian, but his father reassured him.