My First Trip to Tokyo

Earlier this month, it was my first time in Tokyo, Japan, though I did transited twice in Tokyo airport before. I am not unfamiliar with Japan since I had been to Hokkaido before and had former Japanese colleagues and business associates. Still, it is a business trip I looked forward to.

Japan has 47 prefectures. It consist of 43 prefectures (県 ken), two urban prefectures (府 fu, Osaka, and Kyoto), one "territory" (道 dō, Hokkaido) and one "metropolis" (都 to, Tokyo). Therefore Tokyo is not really a city but a metropolis. Tokyo is the capital of Japan which comprise of 23 special wards (~9 million people), 39 municipalities in the western part of the prefecture and the two outlying island chains. The total population of Tokyo exceeds 13 million.

As per Wikipedia, the city hosts 51 of the Fortune Global 500 companies, the highest number of any city. Tokyo was ranked first in the "Best overall experience" category of TripAdvisor's World City Survey. 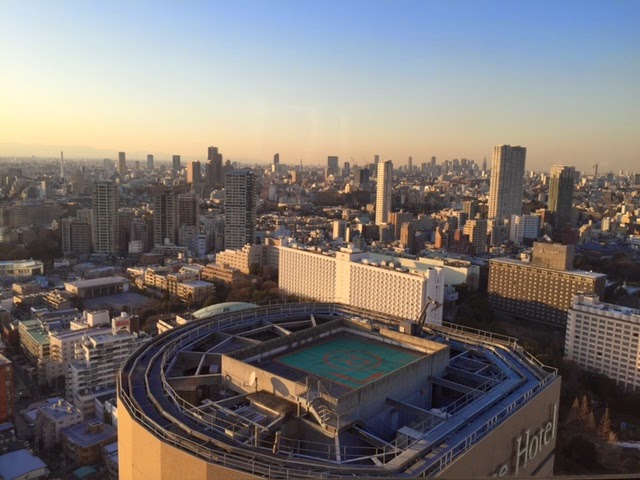 There are two international airports serving Tokyo – Haneda and Narita. The hotel I am heading to is Prince Shinagawa Hotel. Haneda is actually nearer to Shinagawa while Narita is located in Chiba Prefecture, about 50-60km from Shinagawa. I landed in Narita Airport because we never do homework on the distance and leave it to the office lady to do the air tickets booking. 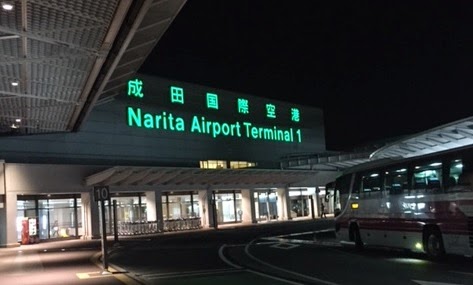 It was after 9 pm when my colleague and me landed Narita from Shanghai. I was expecting a busy arrival terminal. On the contrary, it was quiet and merely few airport staffs helping with custom clearance.

With temperature displaying 2 degC, we were spotting for taxis. There were no queues and no taxis in sight. We approached the lone usher on the pathway and he gave his wrinkled old smiles and said “Hai!...it will cost JPY30k from Narita to Prince Shinagawa Hotel.

While waiting, we took deep breaths of the sparkling air, replacing the polluted ones in China earlier on. 5 minutes later, the Taxi arrived. After traveling for more than an hour of neat and tidy roads of Tokyo, we reached our hotel. Indeed, the taxi meter read JPY29.5K. For the next day, a 20 min taxi ride of ~10km cost us 3kJPY (S$34). 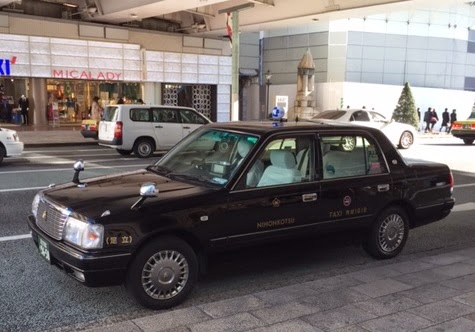 Taxi picture – check out the side mirror of the taxi?

For meal, we chosen teppanyaki. A check on the menu, "Woo...Not so cheap!". So we selected one of the cheapest set lunch menu. 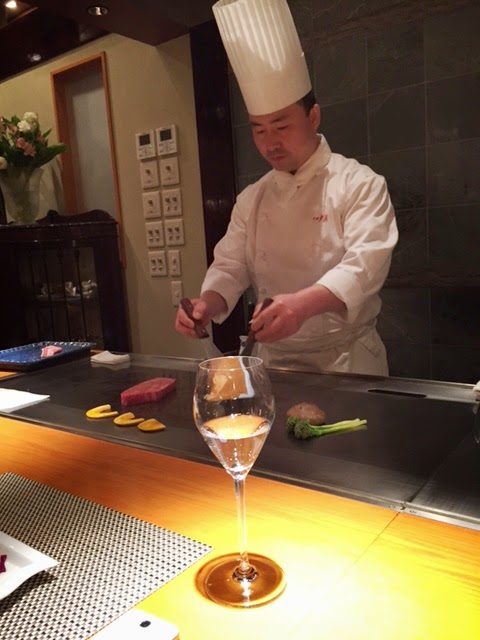 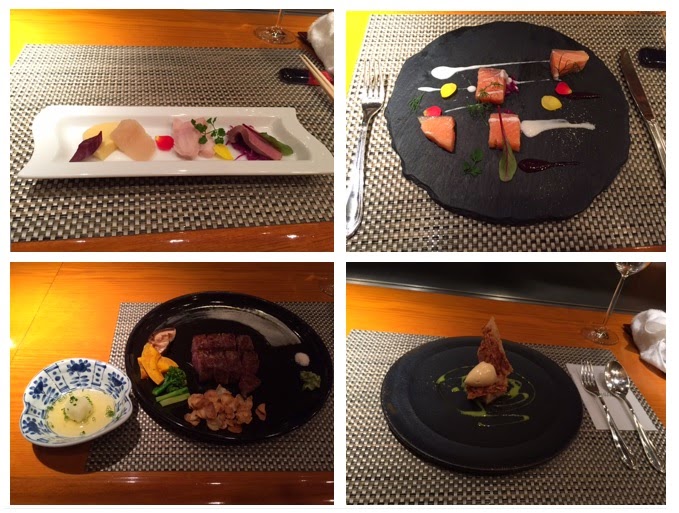 Actually it seems reasonable for the excellent quality of food and service. After all, we probably deserve a good meal, after a very tiring work week.

Hotel - Where is the Flexibility?

I stayed for one night, while my colleague two nights. So after checked out, I left my luggage in his room.

To make it easier for both of us to travel independently, we requested for another room key from the front desk. We were rejected and were told to pay for 2 pax in a single room. We then asked if I can leave the room key at the front desk so that my colleague who come back later can collect it from front desk.

Seems like a simple request. The front desk girl, always so polite told us to wait. She walked to a room to consult her manager. 5 minutes later she was back. No is the answer. I explained I just want to freshen up before going to airport.

This meeting in Tokyo was subsequent to the meeting we had in Singapore.

Well-Dressed
Unlike in Singapore, this time all our clients were dressed in Suits and Ties. One of them was with a face mask, not coughing but seems like it has become a trend in Japan to be on face masks. We had seen many on the streets!.

Always Polite
Handing of business cards is always 2-handed. We did likewise. I requested to go toilet and my Japanese client will walk me all the way there. When the meeting ends, they bowed and see us through to the lift.

Stiff in meeting, over-conscious in business
Before the meeting, our client did prepare a list of questions for us in advance. During meeting, we responded them all.

We then asked many questions, but answers from the Japanese were very general. No extra information, and most answers were always pending top management decision. No one is sticking out the neck to commit anything.

When we asked if they have any questions for us aside from those they prepare? They looked at each other among themselves and said “No” in a shy manner.

Quite different from the Japanese in Singapore office who were so inquisitive. Those in Tokyo are "stiff". During the meeting, we tried to joke and make the meeting less tense, but we were not successful.

Undeniably, Japan is one of the most organized, systematic and gracious country in the world. The people are also considered to be one of the most diligent and meticulous. It seems like Japanese believe that the most perfect system, together with total employee conformance and extreme manners will yield the best results.

Can creativity locked within a system be REALLY creative?

Work during working hour is absolutely no-nonsense. Atmosphere in meeting is so formal, always serious. After working hours, leisure mixed with alcohol can be crazy or disastrously messy. I was told by my previous Japanese colleagues and a friend who worked in Japan before. The two extremes trying to find a balance seem arduous task.

Kudos for being the most courteous country I ever visited. But…personal touch in Japan for foreigners? 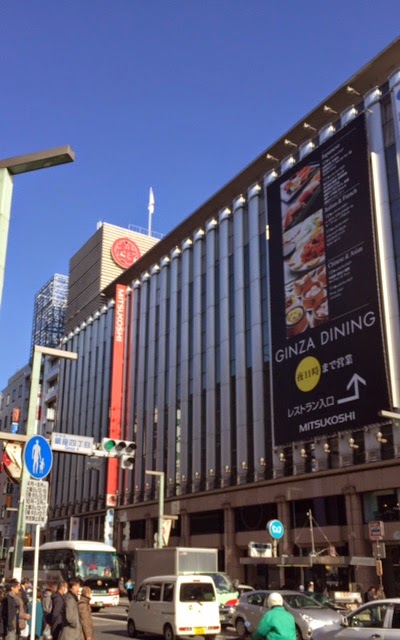 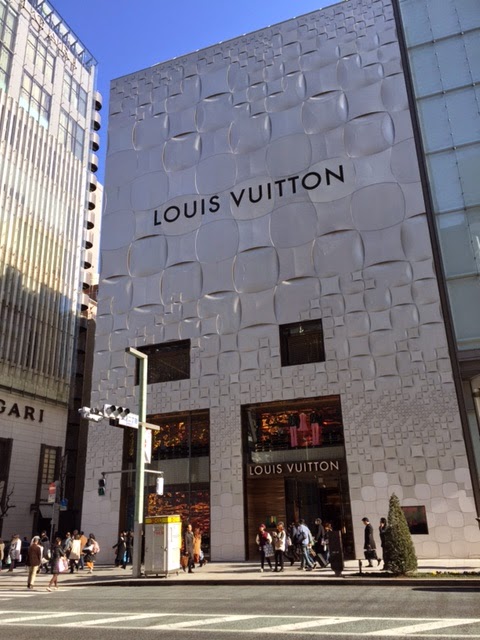 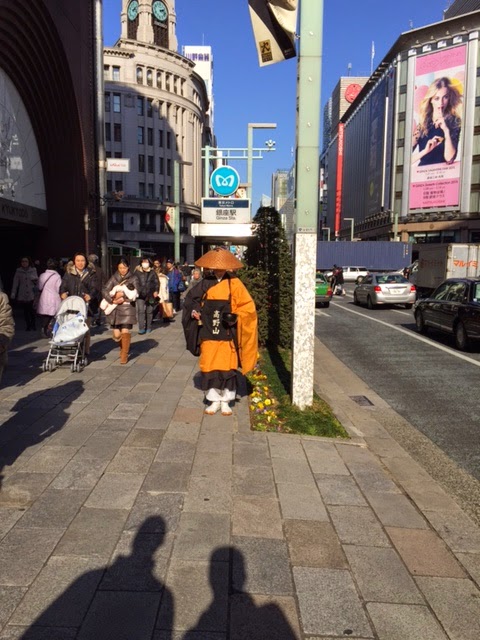 Related Posts:
What You Need to Know Before Investing in Brazil
My Samba Trip in Brazil
My First Trip to London
Why China Today is so Different - My Own Travel Experiences in the Last 10 Years!
A Month of Travel - China, UK, Brazil
World Cup Fever - Brings Nostalgic of 1986 & 2002