This topic about when to resign or when to stay in a job was brought up after I started a blog post stating:

Refer here for the blog link.

This is why sometimes (I re-emphasize “sometimes”) in a job, when you are suffering, you probably will not suffer forever and there are many instances that it will be 雨过天晴 i.e. rainbow after the rain. Of course it is easier said than done, just like the phenomenon in investment “Be greedy when others are fearful.”

Below I detailed few REAL LIFE EXAMPLES why “sometimes” you should not resign in a job just because of work unhappiness.

There will also be Part 2 in which I will discuss why sometimes you really need to resign from your current job.

Background of Friend Contemplating Resign
Recently, I was with a friend who wanted to quit his job after few months. Let’s call him Mr. K, in his late 20s, been working for 5-6 years. He is a Malaysian started working in SG after graduating in Europe. He was with two previous companies in SG before joining current company located in China. This job comes with a good increment and a jump in role and responsibility.

Reasons for ponder to leave
He was currently tasked to handle a very huge project. This project started few months ago and should last for the next 3 years. He is the key contract guy and his job scope is very hectic with heavy responsibility resulting in no work life balance even during weekend. The good side of it is he has good relationship with boss and colleagues.  In this job, he also gets to directly interact with high level executives all over the world. Sometimes it can also gets too tough for him at his age and experience.

Advices
After listening to his situation, me and another friend (Mr. J) who was spending time with Mr. K, advised him to consider the options of staying and shared our personal experiences.

For me, I advised that this is a wonderful opportunity to learn as much as possible. The exposure of interacting with high levels executives globally is a rare opportunity. This project is also state of the art breakthrough project, by far the largest in his company. If succeeds, the rewards will be enormous. Furthermore, the project only started and it’s better to 有始有终 i.e. start and end gracefully. I use the below example illustrated to him.

“For a marathon of 42km, even if you give up after 41km into the race, you are no different from someone who gives up after 1km. You will not earn your finisher status”

See advice from Mr. J below.

Mr. J is in his early 40s. In current job for 17 years, with rotations to different departments within the company. During his initial years in the company, he mentioned that he experienced many low periods such as colleagues and work difficulty related problems and wanted to quit. In each occasion, he persists. Every time it works out better thereafter and he progresses to the next level within the company. Mr. J’s advice:

“The time when I suffer most and wanted to quit is the time I do not quit!”

He also mentioned, bad colleagues / bosses come and go and will not stay forever! But if your boss is the owner of the company, most likely he will stay very very long. :)

Ms X in current job since 2007. More than 3 years ago, she wanted to quit because there was a management change. A new MD was transferred from overseas branch causing havoc in the company.

Ms X was then a member of the operation team reporting to her Head of Department (HOD). Due to the new MD foul politics and as what he plotted, several HODs left. Immediately, many new HODs were recruited including Ms X’s new HOD. Ms X new boss is a 27-28 year old french lady, first time in this country pretty much lacking in terms of work and local experiences. Aside from being a very nice person, she lacked the necessary hardworking attitude, this hectic country needed. Making things worse, she began recruiting new staffs who mostly chit chatted and accompanied her for many smoke breaks, focusing on the leisure and neglecting the real work.

The consequence was, poor Ms X was always “OT-ing” working day and night for almost 1.5 year.

Mr Rolf, then having more unimaginable problems at his work persuaded Ms X to persist on.

Reasons to stay are
1)    Ms X boss despite throwing all the work to her, still treat her very nicely. To endure hectic work is better than to endure a boss who pick on you and hates you.
2)    The evil MD is incompetent and will not last too long, before he is fired.

Justice prevails after 1 year! The MD was sacked by the regional MD with a new one replacing him. The new MD is no-nonsense in work and absolutely nothing evil/political up her sleeves. Half a year after her appointment, she replaced Ms X’s HOD due to work incompetency.

The new MD recognised Ms X’s commitment in work and instead of appointing a new HOD, Ms X was promoted. She is still the HOD today after 2 years. So was the MD who appointed her, where they worked closely together.

The 1.5 years sufferings resulted in a promotion and smoothness in career for the next 2 years or so.

3. Mr. R’s Experience – Wrong Temptations Can be Your Worst Nightmare

Background
Essentially, it was Mr. R second real job after graduation. Mr. R worked hard and learnt diligently from his bosses. The effort paid off and he was promoted 5-6 times in the 5-6 years stint to become the youngest HOD in the company. Of course luck is very important as there were acquisitions and management changes throughout creating various opportunities for R to seize.

The parent company was an MNC with >10,000 staffs. Singapore is the HQ of the business unit comprise of >500 people spread regionally. Mr. R’s role has virtually no limits as he managed a business unit with global outreach and global subordinates. He had the authority to make high level decisions closing deals worth tens of millions reporting to VP in Europe. Things get sweeter when a new local MD appointed in SG also like Mr. R alot.
Note business unit head does not necessarily report to local MD in MNC.

Things took a change, ALWAYS
Life is funny, just when everything seems calm and gets better, new sets of challenges and problems surfaced.

For years, Mr. R had a “pest” colleague in competition. The pest held same position as Mr. R but he was very selfish and good in politics. To be fair, this colleague also worked very hard and indeed capable. He is also many years more senior than Mr. R in terms of age and time in the company and was even once Mr. R’s boss for 1 month. However with the new MD being no-nonsense and fair, his political plot cannot be implemented.

After less than 1 year, the new MD was sacked because of some stupid mistakes he previously make (haiz…long story…) Then came corporate restructuring. Very common in MNC. A new MD was appointed in SG. The new MD is a nice person, but was very soft and indecisive in work. While R’s relationship with new MD was good, work wise became frustrating.

The softness in the new MD allowed the pest competitor to make his political moves. To make things worse, sales starts to decline in a year where market is quiet, though never sufficient to cost Mr. R a his job. There are plenty of project issues where Mr. R phone was always ringing even over weekend during a Cinema show. Mr. R was very unhappy but never set sights for new opportunity. To close it all, Mr. R was flying all over the world for work. It’s tiring.

Temptation
*Ding Dong*…. A CEO of a listed company came knocking. Mr. R and this CEO met many times, each meeting always lasted for hours over a period of close to half a year. Eventually, an MD/GM position leading more than 100 people was accepted by Mr. R. This is in view of both push and pull factors.

Worst Nightmare
The next one year was the worst nightmare in Mr. R’s work history. Problems in cashflow, remuneration not in time, never receive his claim, digged into his own pocket to finance the company, questions over integrity at highest level, suppliers non-stop chasing for money, and many other issues in the company…. 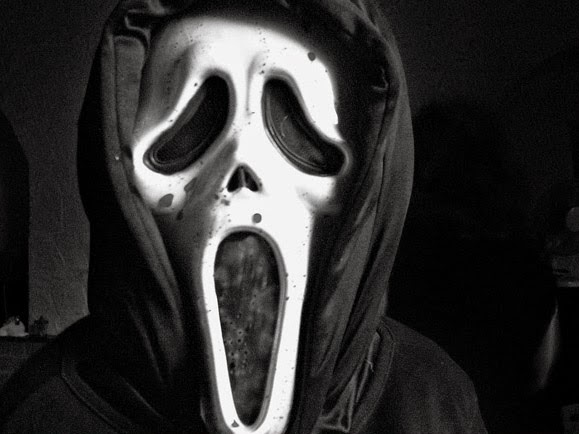 CFO left way before Mr. R, having joined almost same time with him. Mr. R had to assume his role after he left. More problems but more things to learn!

Mr. CEO is also under tremendous stress! Being egoistic and also no solutions on hand, he chose to stay abroad escaping the bankers, and instead focusing on his own private business which is far more important to him than this “mini” listed company.

Mr. R left the company after close to one year stint. It was a not long period of time, but he is in fact one of the longest serving Executive Officers being appointed by the board of directors. It’s absurd! Haha…

The grass isn't always greener at the other side.

A popular local blogger's personal experience of him leaving and returning to his old company after two months. Refer to his story here.

Bear in mind, at different stage of your career life, different sets of reasons are applicable. There is no one pill that fixed all. Different strokes work for different folks.

I have simple needs in my job for now, focusing on my family and growing my portfolio. I will not look for greener pasture as long as the below criteria are met.


Having said that, my company is undergoing acquisition/ management changes, who knows if I can get along with my new boss. Fingers crossed!

Stay tuned to Part 2 on “Reasons why you should resign from your current job!”

Email ThisBlogThis!Share to TwitterShare to FacebookShare to Pinterest
Labels: Career