Failure is Not an Option, It's a Must - Nassim Nicholas Taleb

Read an interesting article on Business Times today. It headlines “Failure is Not an Option, It’s a Must.” The article was about an interview with author and thinker Nassim Nicholas Taleb, compiled by writer Genevieve Cua. Below is what Mr. Taleb has to say. 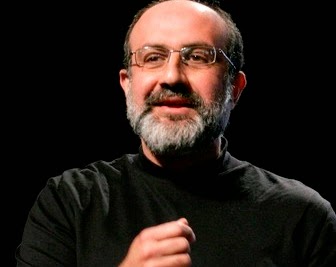 “Universities teach you not to take risks. Because if you make mistakes, you flunk the exam. But in life there is no such thing as a track record of exams. You start from zero. So you have to teach people to fail and take risks.” – Nassim Nicholas Taleb

Education is the enemy to Entrepreneurship

It is good to have a class of people who are educated. But if you start having a high level of education, you start hiring people based on school success. School success is predictive of future school success. You hire an A student if you want them to take an exam, but you want other things like street smarts. This gets re-pressed if you emphasize too-much education.

If you have gold, you wouldn’t do as well as if you had water all around you to travel

Singapore has had advantages from the fact that it had no resources…if you look at the history of city states and all the successful merchant cities, you realize the following mechanism. People in Tyre, Lebanon and Sidon initially had no resources. They needed to import copper, for instance from Cyprus. Then they figured out that they can export it. So it’s an over-compensating mechanism for not having resources. Exports are the biggest indicator of a lack of resources, like turning water into gold.

Having difficulties makes you richer

There is something called the curse of having resources. Singapore was a maritime state; you didn’t need infrastructure. You had the sea, a harbour, ships. Second, you need scale and the ability to use stressors. Third is that in the 1960s you had difficulties and you had to be motivated.

The challenge is the next generation

You have to make sure the next generation doesn’t get too comfortable. Don’t over-educate them. Push them harder. Don’t be too nice to the next generation. Progress comes before education. The causality is inverse. If you increase education in a country, you lower the progress. It inhibits risk taking.

Wealth leads to the rise of education. Education does not necessarily generate wealth. Education however helps to preserve wealth. You can’t easily transmit wealth to children; there is variation, inflation. But education allows you to stabilize the fortunes. My ancestor made money in trading. He had the presence of mind to have a fund to educate his descendants to force them not to be traders. You stabilize and lower the variance of children with education.

Taiwan, which in the 1960s had a much lower literacy rate than the Philippines and half the income per person. Today it has 10 times more income.

If you have a master’s degrees, you won’t starve but you won’t be phenomenal.

Education is good within the family but on the level of the country, the effect dissipates. You need someone to feed the bureaucrats and magistrates. My father was a doctor, my grandfather a Supreme Court judge. They aren’t producing…You need element of education but like anything, too much is bad. You have to reserve education for those who aim to be scholars. Germany has the right balance. They worship professors but prefer the engineers.

Education removes entrepreneurs from the system and turns them into bureaucrats

What’s more important isn’t education; it’s apprenticeship. Germany has a huge advantage over the rest of the world as it has a high rate of apprenticeship in its economy. Switzerland used to be the least educated in Europe. Now’s it’s the second most educated; that is why it’s going down.

To encourage “swashbucklers” and entrepreneurs, people have to be taught to take intelligent risks – something that universities don’t teach.

“You absolutely need failure for a system to work. The healthiest economy in producing new business is the US. We have the highest failure rate. The failure rate is the most predictive metric for economic health.”

In California, it is said that you need to fail seven times.

Mr. Taleb started his career as a derivative trader for 21 years, before holding senior positions in Major financial institutions. He also ran his own derivatives firm for 6 years. Currently, he is distinguished Professor of Risk Engineering at New York University Polytechnic School of Engineering and co-editor in chief of the academic journal Risk and Decision Analysis. For more information on Nassim Taleb, refer to wiki here.

So how many times have you already failed?

I had several big falls myself in health, wealth, career and relationships throughout my life.

Is failure alone sufficient? Have you learned and improved? Have you tried again more intelligently without losing your enthusiasm? 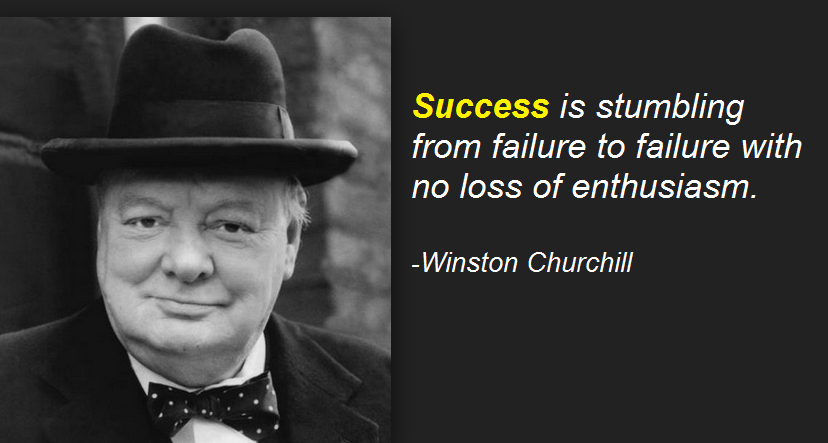