To be a Successful Investor, Start Earning First – The Warren Buffett Story

Most people may think a successful investor is one that excels in spotting great companies, invest in it and then get rewarded with high returns.

But the fact is aside from sharpened investment skills, many successful investors either possess remarkable entrepreneurism or had scaled corporate ladders to senior positions in their careers. This allowed them to earn and save enough before embarking in their investment business. Just to name a few - Warren Buffett, Peter Lynch, George Soros, Jim Rogers, Philip Anschutz, Ronald Perelman etc.

Are you a Great Investor Yet?

You may think that you are already a great investor? This is because you read almost all books relating to investments, read about all great investors and know what they are thinking. You are expert in dissecting annual reports, reading charts, timing the entry and exit and earn great returns for every dollar you invested. Almost every stock you picked is potential winner!

BUT, you lack funds! Sometimes you wish you can have millions of the funds to invest to make more sizeable returns? You probably lament that you do not have a wealthy parents with inheritance of funds. Neither are you so lucky enough to profit from property sale during periods of euphoria.

NOW, ask yourself this question, “Have you already learn how to Earn and Save enough to make your Investments more effective?” 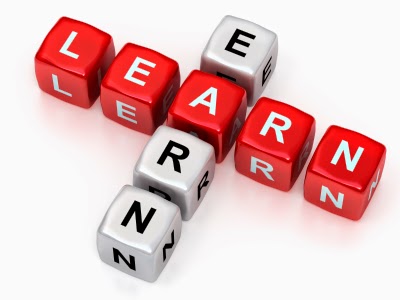 Today’s focus will be mainly on Warren Buffett who is widely considered the most successful investor in the 20th century. Buffett is not just a proficient investor, he is extremely business savvy and had excellent interpersonal skills with people. The latter two skills allowed him to increase his earnings at a tender age. In turn, his earnings were saved and put into good use in investments.

Buffett started earning when he was 6 years old in 1936 and bought his first stock at the age of 11. As a boy, Warren Buffett did all sorts of jobs selling chewing gums, coca cola drinks, pitching newspapers etc before starting businesses in pin-ball, stamps, car-buffing and developed many other means of earning money, all before he turned twenty.

Other than growing his stock portfolio, his earning ability at a young age is amazing. At age 16 in 1946, he amassed an equivalent of US$53K of today’s money. At 19 his savings reached more than US$98K of today’s money.

Buffett started selling Juicy Fruit chewing gum (packs of 5) door to door. He will not sell 1 piece, because he thought he may be left with 4 pieces he could not sell. He made 2 cents profit per pack.

Buffett worked in grandfather store. He would then also purchase Coca-Cola six packs for 25 cents and sold each can door to door for 5c (total for 30c). Profit of 5c per pack.

Buffett purchased 6 shares of Cities Service (now known as CITGO – an Oil company) at US$38 per share (total US$3.7k today’s money). He bought 3 for himself and 3 for his sister Doris. The company fell to US$27 shortly but climbs back to US$40 which Warren and Doris sold their stock. Almost immediately, it shot up to US$200 a share. Buffett later cited this experience as an early lesson of patience in investing.

Buffett filed his first tax return and deducts his bike and watch as a work expense to save US$35.

Buffett earned US$175 a month (US$2.3k today’s money) from delivering the Washington Post newspapers a couple hours a day. This is more than his teachers’ monthly salary. He also sold calendars to his newspaper clients, bringing in a little extra. By 1947, he had earned over US$5k delivering newspapers. He also invested US$1.2K (US$15.8K today’s money) of his savings into 40 acres of farmland.

Pinball Business
In high school, Warren and a friend Donald started to purchase a used pinball machine at US$25, repaired it (Donald did) and placed in a Barber Shop. Buffett convince the Barber owner that he is representing Wilson’s Coin Operated Machine Company and that the Barber will have no risk putting the machine in his store, which they will split the profits earned. Buffett and Donald made US$50 within a week. Within months, they owned three machines in three different locations. The business is sold later in the year for US$1.2K to a War Veteran.

“You had to get along with the barbers. That was crucial. I mean these guys could go buy these machines for 25 bucks themselves, so we would always convince them that it took someone with 400 IQ to repair pin-ball machines.” - Buffett

Collect Dumped Horse Track Tickets
Buffett and a friend would go to the race track, and though they were too young to make bets themselves, Buffett quickly found a way to make money: by stooping, which was like dumpster collecting race track tickets.

Here’s Buffett’ description “At the start of racing season you get all these people who’d never seen a race except in the movies. And they’d think that if your horse came in second or third, you didn’t get paid, because all the emphasis is on the winner, so they’d throw away [second-] and [third-place] tickets. The other time you would hit it big was when there was a disputed race. That little light would go on that said “contested” or “protest.” By that time, some people had thrown away their tickets. Meanwhile, we were just gobbling them up. It was awful; people would spit on the floor. But we had great fun.

And if they found any winning tickets, Buffett’s aunt Alice would cash them in for the boys. Buffett went a step further: using his love of math and collecting information, he and a friend put together a tip sheet for bettors at the race track. Soon they were out hawking “Stable Boy Selections,” a tip sheet that the boys typed out on an old Royal typewriter in Buffett’s basement.

Sold used Golf Balls
Buffett’s friends and family thought he scooped the balls out of water and resold them. Instead Buffett ordered from a provider in Chicago. Buffett sold them in Omaha for US$6 (US$64 today’s money) a dozen.

Buffett said “They were classy balls, Titleist, Spalding Dots and Maxlis, which I bought for US$3.5 a dozen. They looked brand new. He probably got them the way we first tried to get them, out of water traps, only he was better.”

Sold Stamps
If you needed a fancy stamp, you could turn to Buffett’s Approval Service, which sold collectible stamps to collectors around the country.

Buffed cars
The teenage Buffett partnered with his friend Lou Battistone to form Buffett’s Showroom Shine. The car-buffing business ran out of Battistone’s dad’s used car parking lot. The duo later discarded the business when it turned out to be too much manual labour.

Related Posts:
Invest Early - to achieve your own “4 Water Taps”
Thoughts About Investing - Warren Buffett
Investing in Stocks – Isn’t it Risky … Any Tips?