Two days ago, I written a post summarizing Part 1 of Jim Rogers' book "A Gift to My Children". Rogers is a successful investor, businessman and author. The 72 year old wrote the book with the intention of imparting what he learn in life and investment to his two daughters, aged 11 and 6.

7) Your Education, Part 3 - Learn History
Learn History and a macroscopic view of the world is what you need. Connect the knowledge of history when you travel. History will show you how forces drive the market 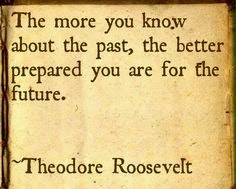 "An interest in history, politics, and economics will help you see how occurrences in one country affect other nations. E.g. a single country's political turmoil can drive up commodity prices around the world; price of gold in particular will usually rise. A full-scale war will drive up not only the price of goods but price of most other commodities.”

8) Your Education, Part 4 - Learn Languages (and make sure that Chinese is one of them)
English and Mandarin most important languages in the world. Learn English, Chinese and if possible add Spanish.

9) It is the century of China
“In the 19th century Britain is dominant. In the 20th century it is United States. In the 21st century it is going to be China.  Buy Chinese stocks and buy the future of this country. Buy commodities stocks due to imbalance of demand and supply. Imagine 1.3 billion populations will consume steel, iron ore, soy, copper etc”

Beware of the hard landing in real estate due to default of loans. Low rate of interest led to the over investment in real estates and certain manufacturing industries. 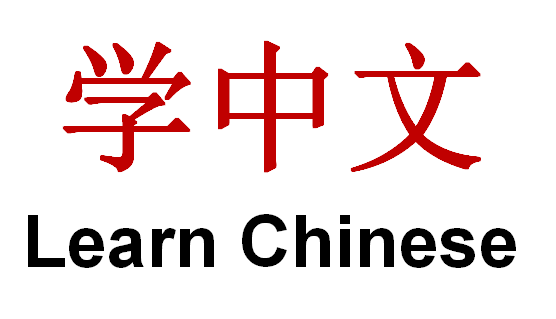 10) Understand your weakness and acknowledging your mistakes

"For the most part, it is in short-term trades that prices are driven by emotion. Mid-term and long-term investments are usually influenced more by fundamentals." Historically, long periods of selling have ended in "selling climaxes" when everyone finally panics and dumps out to get out of the market at any price no matter what the fundamental reality might be.”

Always remember to "buy low and sell high". It is easier said than done, but just do not let emotions get the best of you. Do not panic. If you make mistakes, learn from it.

11) Look to the future
People who can observe events as they unfold will certainly acquire wealth. Do not place bet on things that which is dying out. Example many languages will fall out or be not effective. English, Chinese and Spanish are the most important.

Women Era is approaching! Girls supply is short since China, Korea, India and other Asian countries’ priority had been place on birth of boys.

Pay attention to things people neglect. The more certain something is, the less likely it is profitable. Do not think in terms of what you wish. Whenever you see people act in the same way, analyze the supply and demand!

“Anytime you think you become a genius when in fact you simply have had the good luck to turn profit- it is time to sit back and do nothing for a while. If you stumble upon success in a bull market and decide you are gifted, stop right there. Investing at that point is dangerous because you are starting to think like everybody else. Wait till mob psychology that influence you subside.”

12) Lady luck smiles on those who continue their efforts
Always do your homework.

"My most successful investments were those I invested the most time and hard work, collecting all available info and research every detail. If you don't understand something - I mean truly understand it - you will never be successful. Likewise if you merely dabble in an area, you are gambling not investing.”

If you let vanity and self-important take over, you will lose all you have achieved. And Fast!

Only service and quality work over time, and not devaluing your currency to be competitive!

Never let yourself become arrogant. Study hard. The more you learn, the more you realize how little you know.

Do not stop when you are working towards your dream.

About Boys & Marriage
As you get older, you will have to deal with boys.

“The basic principle to remember is this: they need you more than you need them.”

They will make you millions of promises in their frantic pursuit of you. Take it from someone who knows; I can tell the stories better than they can. Just ignore them and stay true to yourself. Use your common sense when you start hearing absurd promises, compliments, and flattery. Do not follow a boy to a different school, city or job. Make the boys follow you. Be wary: learn that many men who look old enough to be your father or grandfather do not think of you as their daughter or granddaughter.

Be extremely careful - even reluctant - before marrying. Do not do it if you have any doubts at all even if it means walking away at the last minute!

Do not get married until you are at least 28 and know a bit more about yourself and the world.

As a parent, I strongly recommend people out there to read this book for education of their kids beyond textbooks. Even for non-parents, the experiences within the book are so enriching for our life-long learning.

I really admired Jim Rogers and wish to emulate him one day. Not exactly as great but at least have traits in common. For now, I humbly noticed some similarities I had with him too. I enjoy traveling, not so much to see the monuments but to know and understand the culture and lifestyle of different countries and people.  I have a keen interest in History and Philosophy. Investment is considered my second job right now. The main difference with Jim Rogers is of course the size and success of the portfolio, and I started only after 30 and still learning a great deal now at 36, while he already retired at 37.

Coincidently, one of the reasons why I started this blog is to keep a record of my personal life experiences for my daughters. When I retire one day, I will like to write a similar book for my daughters as well.