The company said it has deemed it appropriate to issue a profit guidance in respect of the unaudited financial results of the Group for the second quarter ended 30 June 2014 (“2Q2014”). Based on a preliminary review of its financial results, the Group expects to report a lower net profit for 2Q2014 as compared to the prior year’s corresponding period, despite a slight increase in revenue. This is mainly due to a higher proportion of lower margin projects undertaken in 2Q2014 and the delay in arrival of certain rigs. The Singapore-based firm said it was in the process of finalizing its results for 2Q2014. Kim Heng Offshore / Marine said it would provide more details in its financial results for 2Q2014 on or before 14 August 2014.

According to Business Times, the company had said that it was exploring some merger and acquisition deals to expand its business, particularly to grow its supply-chain services to the offshore sector. 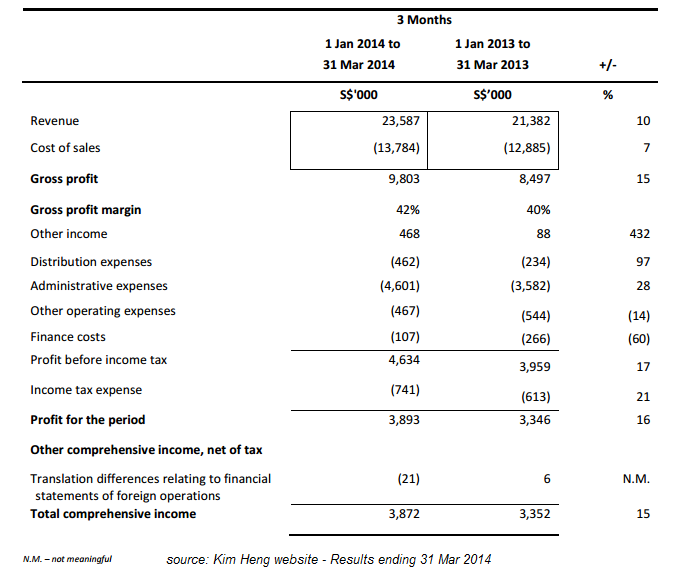 Related Posts:
Kim Heng - Growing or just another Beneficiary of the strong Offshore Outlook?
Updates of Oil and Gas / Offshore and Marine Stocks