In the month of May, I finished reading Napoleon Hill – Think and Grow Rich Every Day. Personally I do not encourage any individual to “Think and Grow Rich” each and every day. Money is important but not all important. For me, the meaning of “Money” in the book means “Success” or simply “Knowledge to be successful and live an enriched life”.  .

Napoleon Hill (1883 – 1970) was an American author widely considered to be one of the great writers on personal-success. Hill's works examined the power of personal beliefs, and the role they play in personal success. He is also advisor to President Franklin D. Roosevelt from 1933 to 1936. 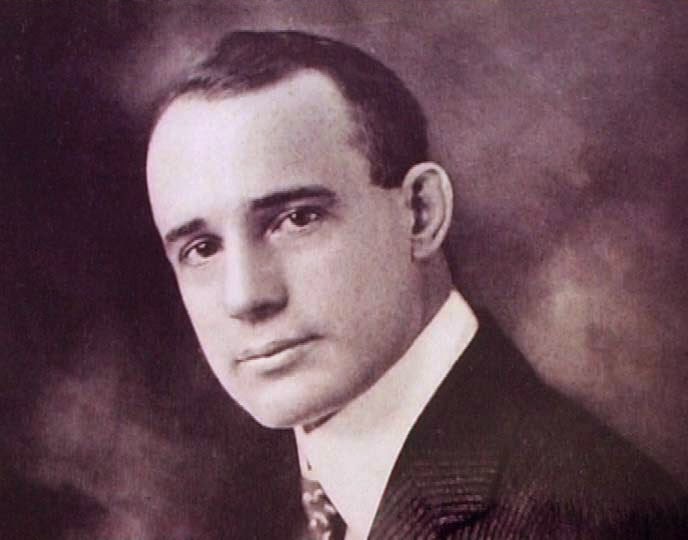 What the mind of man can conceive and believe, it can achieve"  -  Napolean Hill

Thinkand Grow Rich is Hill most famous work, first published in 1937. It is the best-selling books of all time with 20 million copies sold at the time of Hill’s death in 1970. It is noted in the book that an individual with desire, faith and persistence can reach great heights by eliminating negative energy and thoughts and focusing on the greater goals in hand.

The 13 "steps" listed in the book are: 1. Desire 2. Faith 3. Autosuggestion 4. Specialized Knowledge 5. Imagination 6. Organized Planning 7. Decision 8. Persistence 9. Power of the Master Mind 10. The Mystery of Sex Transmutation 11. The Subconscious Mind 12. The Brain 13. The Sixth Sense. 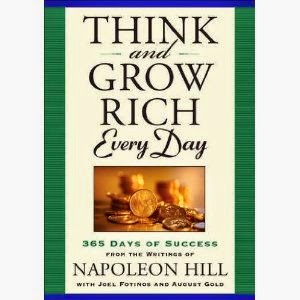 The starting point of all achievement is desire. Weak desire brings weak results. Create your statement of desire.

Having desire alone is useless if you do not believe you can achieve it.

If you think you are beaten, you are

Hill presented the idea of a "Definite Major Purpose" as a challenge to his readers in order to make them ask themselves, "In what do I truly believe?" According to Hill, 98% of people had few or no firm beliefs, and this alone put true success firmly out of their reach.

Read aloud to yourself your statement of desire. Bear in mind, the mere reading of the words is of no consequence unless you mix emotion, or feeling with your words. Plain unemotional words do not influence the subconscious mind.

You will get no appreciable results until you learn to reach your subconscious mind with thoughts or spoken words that have well emotionalized with belief.


There are two kinds of knowledge; 1.General and 2.Specialized. General knowledge no matters how great in quantity or variety it may be, is of but little use in the accumulation of money or success. Knowledge will attract money or success only if it is organized, and intelligently directed, through practical plans of action to the definite end of accumulation of success.

Many people thought "knowledge is power". It is nothing of that sort! "Knowledge is only potential power" it only becomes power once it is organized into definite plans of action and directed to a definite end!

It has been said that man create anything which he can imagine. Two forms. 1.Synthetic Imagination & 2.Creative imagination.


1.Synthetic imagination. This imagination creates nothing, it is the arrangement of old concepts ideas or plans into a new combinations. The result may be even more powerful and influential. Take for example facebook or whatsapp, in its kind they are definitely not the first, but after the improvising, they can take the world by surprise.

2.Creative imagination. The finite mind of man has direct communication with infinite intelligence. It is the faculty through which "hunches" and "inspirations" are received. E.g. The great leaders of business, industry and finance, great artists, musicians, poets and writers become great because they developed faculty of imagination.

While imagination is important, it is just a thought or impulse. It is of no value until it been transformed to action.

Create Master Mind Alliance
Persist in your plans. Remember if your plans fail, it is temporary and not permanent defeat. It may only mean that your plans have not been sound. Build other plans. Start all over again.

Successful people are those who reach decision quickly and then stand firmly by those decisions after they made!!! Procrastination, the opposite of decision is common enemy which practically every man must conquer.

Make your own decision. Majority of people who fail are easily influence by "opinions" of others. They permit newspapers and "gossiping" neighbors to do the thinking for them. Opinions are the cheapest commodities on earth!


When Columbus began his famous voyage he made one of the most far-reaching decision in the history of mankind. Had he not remained firm on that decision, the freedom of America, as we know it today would never been known.

Persistent is will power. When willpower and desire combined, they makes irresistible pair.

Man of great fortune often known as cold-blooded and sometimes ruthless. Often they are misunderstood. What they have is will power which mix with persistence and place back of desires to ensure the attainment of their objectives.

If you find yourself weak in persistence. Surround yourself with people of stronger one- master mind group. Through cooperative efforts, you can develop persistent.

Sometimes it appears that there is a hidden guide who duty is to test men through all sorts of discouraging experiences. Those who pick themselves up after defeat and keep on trying until they arrive to their chief aim will cries "bravo" . The hidden rule is no one can enjoy great achievement without passing the persistent test.

Power (manpower) is the "organized and intelligently" directed knowledge. Knowledge may be converted into power by organizing it into definite plans and by expressing those plans in terms of action.

No effort can said to be organized unless individuals engaged in the effort coordinate their knowledge and energy in a spirit of perfect harmony. Lack of such harmonious coordination of effort is the main cause of practically every business failure. Only by working harmoniously in co-operation with other individuals or groups of individuals and thus creating value and benefit for them will create sustainable achievement for oneself.

There never been and never will be a great leader, builder or artist lacking this driving force of sex. The mere possession of this energy is not sufficient to produce a genii. The energy must be transmuted from desire physical contact, into other form of desire and action, before it will lift one to the status of genii.

Love is without question, life greatest experience. It brings one into communion with infinite intelligence. When mixed with emotions of romance and sex, it may lead one far up the ladder of creative effort. The emotions of love, sex and romance are sides of the eternal triangle of achievement-building genius.

The subconscious mind may be voluntarily directed only through an habit.

Positive and negative emotions cannot occupy the mind at the same time. One must dominate and let it be positive emotions! The presence of single negative emotion will destroy all chances of constructive aid from your subconscious mind.

Every human brain is both a broadcasting and receiving station for the vibration of thought. Thought is energy travelling at an exceedingly high rate of vibration. Thought, which has been modified or "stepped up" by any of the major emotions, vibrates at a much higher rate than ordinary thought,

Understanding of the sixth sense comes only by meditation through mind development from within. The sixth sense probably is the medium of contact between the finite mind of man and Infinite Intelligence, and for this reason, it is a mixture of both the mental and the spiritual. It is believed to be the point at which the mind of man contacts the Universal Mind.

Guardian of angel. Through aid of 6 senses, you be warned impending dangers of time to avoid them. 6 senses never function with indecision, fear and doubt. Indecision is the seedling of fear! Indecision crystallize into doubts. Indecision and doubts blend and become fear!!!


Life is a checkerboard! The player opposite you is time!


If you hesitate before moving, or neglect to move promptly, your men will be wiped off the board by time. You are playing against someone who will not tolerate indecision!

You are in possession of the Master Key that unlocks the door to life's bountiful riches!
Posted by Rolf Suey